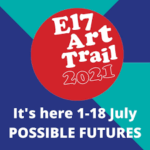 I'm taking part in Walthamstow E17 Art Trail July 2021 where I will be exhibiting Brian & Brenda.  For more information about this event please see: www.e17arttrail.co.uk

Artwork “Brenda and Brian” (a pair of robots) was created for a group show at East London’s Espacio gallery in June 2018. The title and theme of the show was Frankenstein (see show flyer below).

Much of Mary Shelley’s novel, Frankenstein, is set in Switzerland and for that reason, the 'Mechanism' aesthetic of the robotic heads relates to 19th Century Swiss instrument making, the production of fine watches and precision scientific apparatus.

Robots typically have some function and the inner mechanisms and circuitry that facilitate those functions do not need to be visible and thus their visual aesthetic is not normally relevant. However Brenda and Brian serve no function other than that of an artwork, an animated sculpture. Their operation via fine cables pulled from beneath a 'stage' could perhaps be described as 'inverted puppetry'.

Since leaving the Frankenstein show 'Brian and Brenda' are being enhanced. Brenda now has the potential of a voice as she has been fitted with lips, whilst Brian unfortunately has to patiently await his. The artwork now addresses a new concern; that of the future relationship between robots, rather than, the more usual concern, that of the relationship between robot and human. 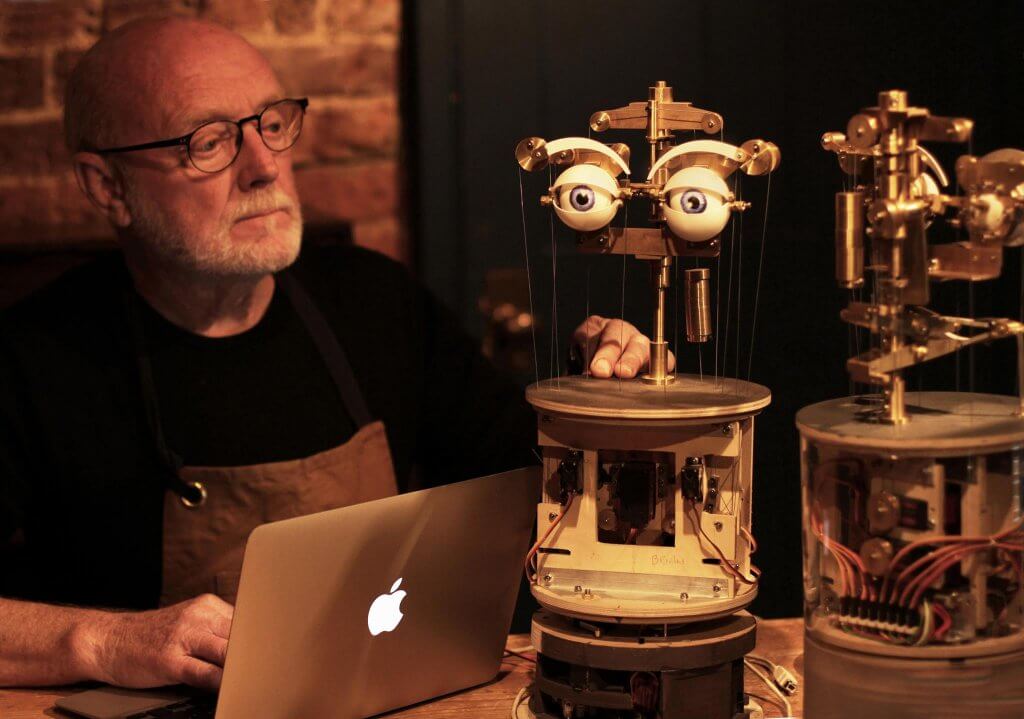 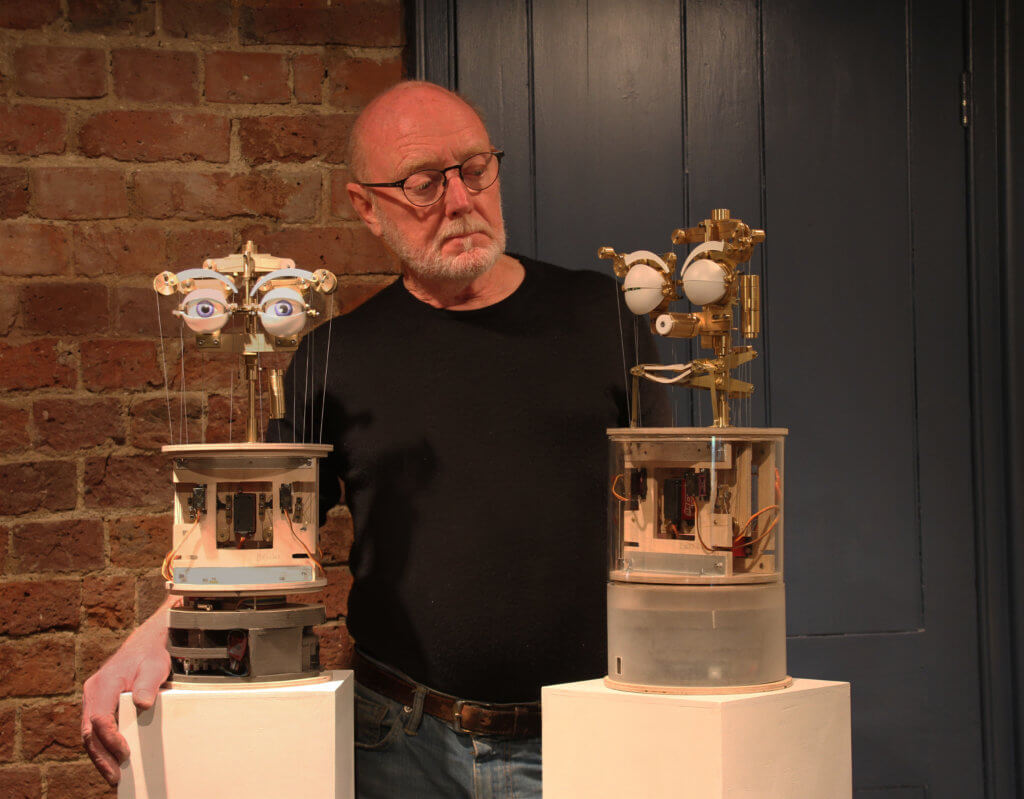 These videos from my YouTube channel explain more about the thinking and construction behind Brenda and Brian.

Portfolio of Other Work: